CENTRALIA – Global green energy company Fortescue Future Industries Thursday announced it will evaluate the feasibility of converting the former Centralia coal mine into a green hydrogen production facility after entering into a binding exclusivity agreement with the Industrial Park at TransAlta in Lewis County. Green hydrogen is a zero-carbon, zero-methane fuel and unlike other types of hydrogen it does not require the burning of fossil fuels in the production process. The proposed FFI green hydrogen production plant would enable the decarbonization of hard-to-abate sectors of the North American economy and support the development of a Pacific Northwest green hydrogen hub, potentially creating hundreds of new local jobs. The Centralia coal-fired power plant adjacent to the IPAT project site is scheduled to close in 2025. Subject to the outcome of the feasibility studies, FFI’s intention would be to seek to employ the existing coal workforce for the proposed project, facilitating a transition into the emerging green energy economy. Chairman and Founder of FFI Dr. Andrew Forrest said, “FFI’s goal is to turn North America into a leading global green energy heartland and create thousands of green jobs now and more in the future. “Repurposing existing fossil fuel infrastructure to create green hydrogen to power the world is part of the solution to saving the planet. “The signing of this agreement is another important step in turning the corner once and for all, to implement the technologies carbon emitters need to reach net zero,” Dr Forrest said. FFI has been working with the Lewis County Energy Innovation Coalition and Lewis Economic Alliance to undertake due diligence efforts on the project to date. Richard DeBolt, Executive Director of the Lewis Economic Alliance said, “With the closing of the coal mine and the scheduled retirement of the Centralia coal-fired power plant, IPAT was formed to redevelop the site and attract investment that will support well-paid, long-term employment opportunities in the region. FFI’s potential project represents the opportunity to do just that.” The company says once land use permits, renewable energy contracts and finances are secured, it anticipates as many as 200 workers will be hired for construction of the facility. 100-140,  possibly coming from the Trans Alta workforce, will be needed when the plant is in full operation, planned for sometime in 2026. FFI also announced that it would apply for a portion of the $8 billion US Department of Energy Hydrogen Hub Program grant in collaboration with Pacific Northwest stakeholders. The Hydrogen Hub Program was enacted under the Bipartisan Infrastructure Law and is being implemented by the DOE. Chief Executive Officer of FFI North America, Paul Browning, said, “The electric power grid of the Pacific Northwest is one of the lowest carbon power grids in the world and can be used to produce green hydrogen, and could extend the region’s low carbon leadership to hard to electrify sectors like long-haul trucking, ports, aviation, and heavy industry.
©2016 KELA-AM This website is not intended for users located within the European Economic Area. Persons with disabilities with questions related to the content of the public file for this station may contact The Operations Manager at 360-736-3321 or by E-mail by clicking Here 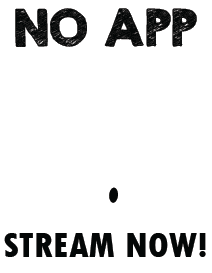